Solution home Commissions Management How to use

To start the migration of your existing variables the first step is to create the new variable you would like to migrate the old variable to.

* If you decide to start the migration project please bear in mind that when you do not finish migrating all the variables to a new one and complete a commission import in between you cannot migrate any variables any longer to the new one that now has data in it.

* Any view that has column headers in it with the legacy variable that you have migrated will have to be re-added.

When done adding the variables you want click the Arrow up top left of the page.

1. Select the carrier you would like to migrate the item variables for.

2. Migrate wizard that allows you to select the old variable and migrate to new variable.

2. Select the To variable. 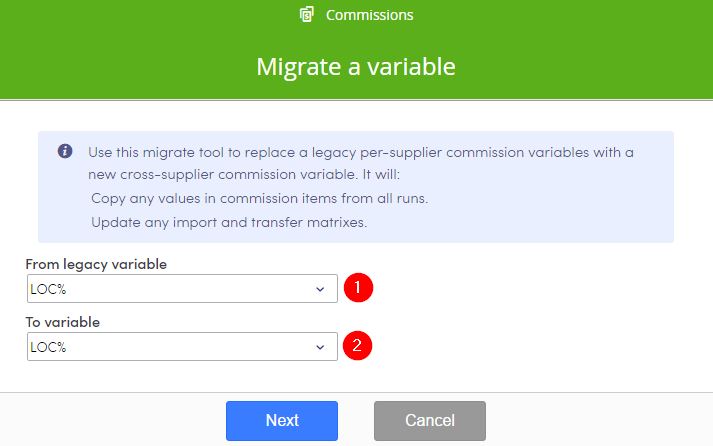 Final step of the wizard with warning message.