Consider the table field in the screenshot below. This table has one field, a staff reference field.

To import data via Microsoft Excel into this table field you would setup your spreadsheet as shown in the screenshot below.

In the first column, first row (A1), the column header must be called Number, which corresponds to the form number you want to import data into.  The receiving form must already exist.  If it does not exist already, the import will fail.  In the example spreadsheet shown above, this data will be imported to form number 0001. To import into a table field, make a column header titled Table Field. Under this column, include the field name of the table field. In the spreadsheet above, the table field I want to import into is called, User adds rows per form Table Field. The Table row column is also required to import, but for importing into a free rows table, you can leave the row under the column blank. Now enter the field names of the fields that are in the table as column headers. There is only one field in this table, Meeting Attendance, which is shown above. You will notice three names under the Meeting Attendance field, Jeremy Wilcox, Michael Field, Susan Supervisor. Each row in Excel corresponds to one row of a Table Field in Cube. Importing this spreadsheet will import three names, each in a row, on one form (see screenshot below).

To update data in a Free row table use the row number, for example, "1, 2, 3" to update information into a table field.

Consider the Defined Rows Table below.

The only difference importing a Defined Row versus a User Adds Rows Per Form table type is the Table Row column. 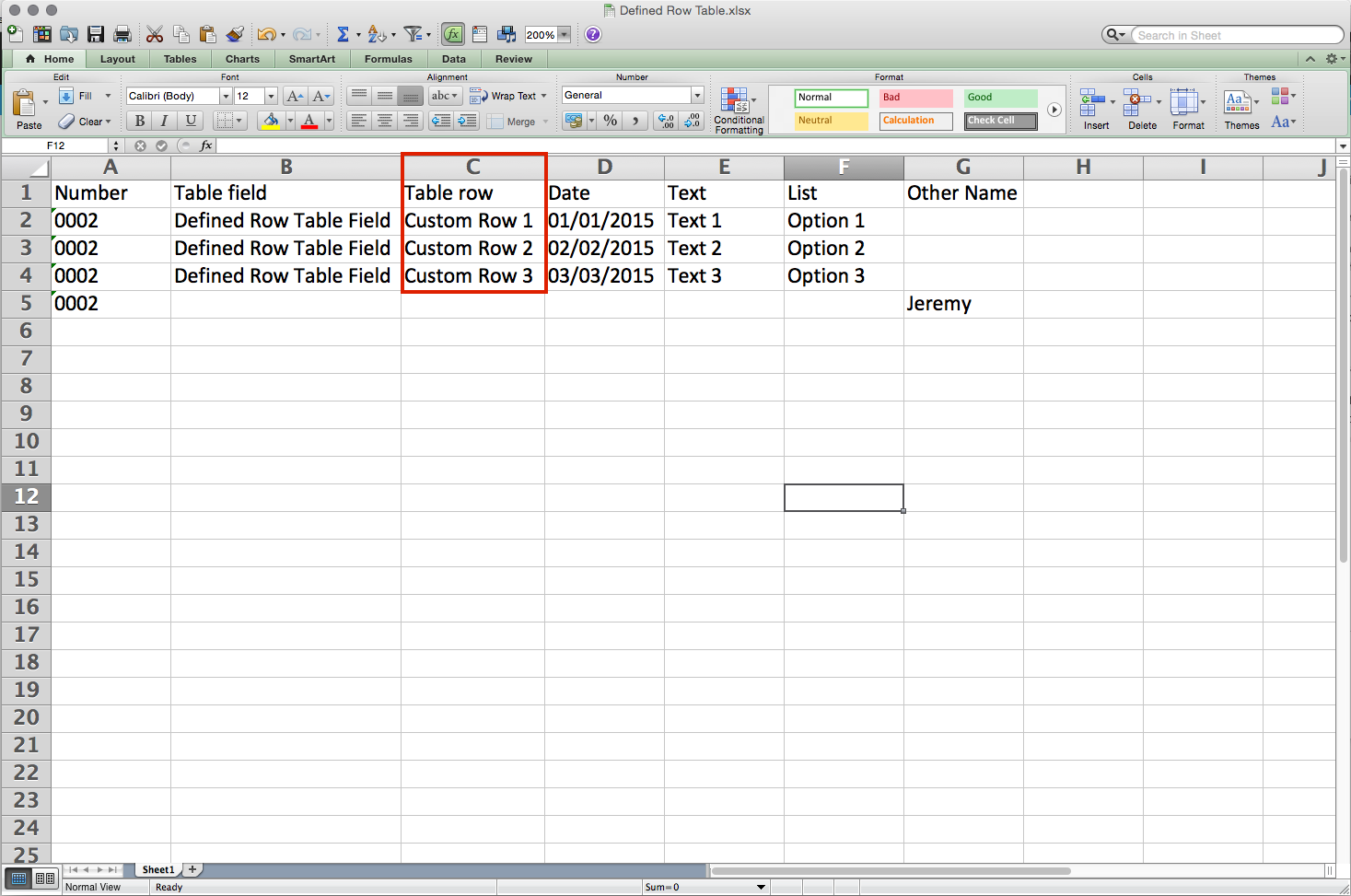 Importing Other Fields in a Form